Thoughts on Hanukka from our student Bryan Wood 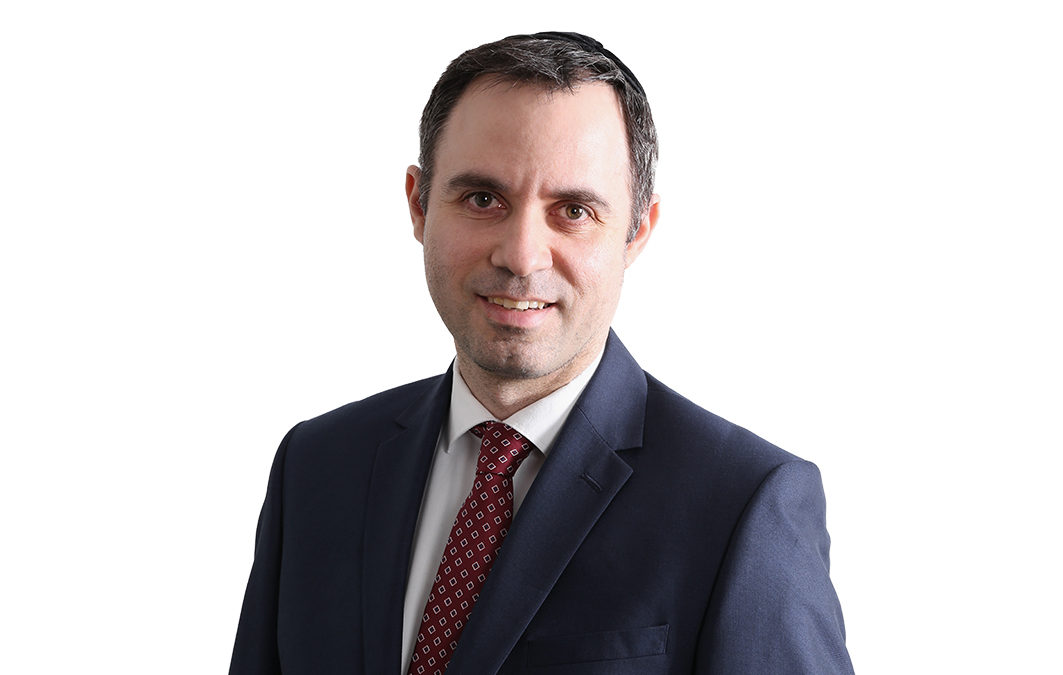 In ancient times and even today in Israel it was customary for families to light the Hanukkiah in the courtyard of the house by the front door in order to maximise and advertise the miracle that happened on Hanukkah.

When I was living in Prague, I lived in a building which had an inside courtyard which connected to other buildings, very similar to the layout of the building of the Skoblo Synagogue and Education center on Brunnenstrasse, home of the Beth Zion shul, the Rabbinerseminar, the Kahal Adass Jisroel community and Lauder Yeshurun.
In the Beth Zion shul as everyone knows the story was a very different one. Due to the dream and inspiration of one man, the shul which had been closed for so long and under such tragic circumstances was reopened and transformed from a place of darkness to intense light, which we at the Rabbinerseminar continue to benefit from.
The fact that a community has taken root in this place, was never straightforward and owes so much to that original dream and push of Dr Skoblo. This place has become not just a place that creates an inner light for the local community, but it also creates a tremendous light that shines outward also to the wider community.
It has been a difficult time over the last months, even more so in the last month, with the passing of Dr Skoblo, and also the former British Chief Rabbi Lord Dr Jonathan Sacks. These two people in very different ways have provided their own light to the Jewish and wider world.
As a child and young student growing up in the United Kingdom, I was very fortunate to meet Rabbi Sacks on two occasions. The first occasion was at a community event in my home town of Brighton for the induction of the new community Rabbi. A few years later when I was a student at university, he paid a visit to us for a Hanukkah event in the Hillel House in London where I was living.
It was at the later event about Hanukkah that Rabbi Sacks spoke about the lighting of the Hanukkiah and its symbolism. In this message he mentioned something which I believe describes the light which both Rabbi Sacks and Dr Skoblo gave to others.

He told us that there are three times that we kindle lights in the Jewish calendar. Each Friday before Shabbos we light the Shabbos lights. At the end of Shabbos, we mark its conclusion by lighting the Havdalah candle. The third time we light candles is on Hanukkah.
He told us that the shabbat candles represent the sanctity of the home. They are lit indoors and represent ‘Shalom Bayit’, they show Judaism’s inner light- the sanctity of marriage and the holiness of the home.
The Hanukkiah on the other hand used to be lit outdoors, by the front door. It was only due to persecution that the Hanukkiah started to be lit indoors. In recent years giant Menorahs are again lit in public. Lighting outside is more in line with the original spirit of lighting. This is because the Hanukkah candles represent the light Judaism gives to the world when we are unafraid to announce our identity in public, and when we stand by our principles and stand up for our morals as Jews.
The Havdalah candle, which has two candles with separate wicks woven together, represents the fusion of the two great lights of Judaism, the inner and the outer lights. The inner light is the light of Shabbat, when we join it to the outer light, the six days of the week when we go out into the world and live our faith in public.
Just like the Havdalah candle we are supposed to fuse two different worlds together: the private and the public world. The challenge for us is to make our homes a dwelling place for the light of the Shekina, and at the same time when we live as Jews in public, we should try to bring the light of hope to others. If we manage to do both these things, then we will be a light to the world.
Rabbi Sacks was himself an embodiment of his teachings. Just like the Havdalah candle he was a fusion of the inner and outer Jewish worlds. The sacred and the secular. He was able to bring our most holy texts and use them to shine light on the world. He represented the sacred Jewish world and used it to give light to the wider world.
On the other hand, Dr Skoblo was from a different background, he was a scientist but had a profound concern for his own Jewish community, this is clearly evident from the success of the community in Brunnenstrasse. He was able to fuse two different worlds together, and shone his light very much on the Jewish community. The light which he has shone on Brunnenstrasse, by rekindling it from the darkness, is one that has brought the light of the Shekina there again.
It seems that this light was more of an inner light, like the light from the Shabbos candles which lights up the sanctuary of the home. This light has made the Brunnenstrasse into the home of the community. Because it is so bright from within it can also be seen and benefited from far and wide.
Both Rabbi Sacks’ and Dr Skoblo’s calling unto all of us is quite clear. We need to try and use our own strengths and abilities to help others who surround us, either in our own community or in the wider community. As Jews we are able to help the wider society with our knowledge of the Torah, but we can also help our own communities with any of our talents and abilities. In this way we can help to make sure that the flames which have been kindled by these two Jewish leaders continue to burn brightly, and bring light to places where there may otherwise be darkness.
As students and alumni of the Rabbinerseminar we have so many extra opportunities to do this and transform our surroundings.
Wishing you all a Lichtiger Chanukah!